…and we want to show you why!

The Xlear® Brand includes both Xylitol Nasal Spray and Sinus Irrigation Products to provide you with a complete sinus health solution.

Xlear Sinus Care products feature the power of xylitol, a natural ingredient that inhibits bacterial and viral adhesion. Pure xylitol is a white, crystalline substance found in many fruits and vegetables. The Xlear solution not only cleanses but also hydrates dry, irritated tissues. 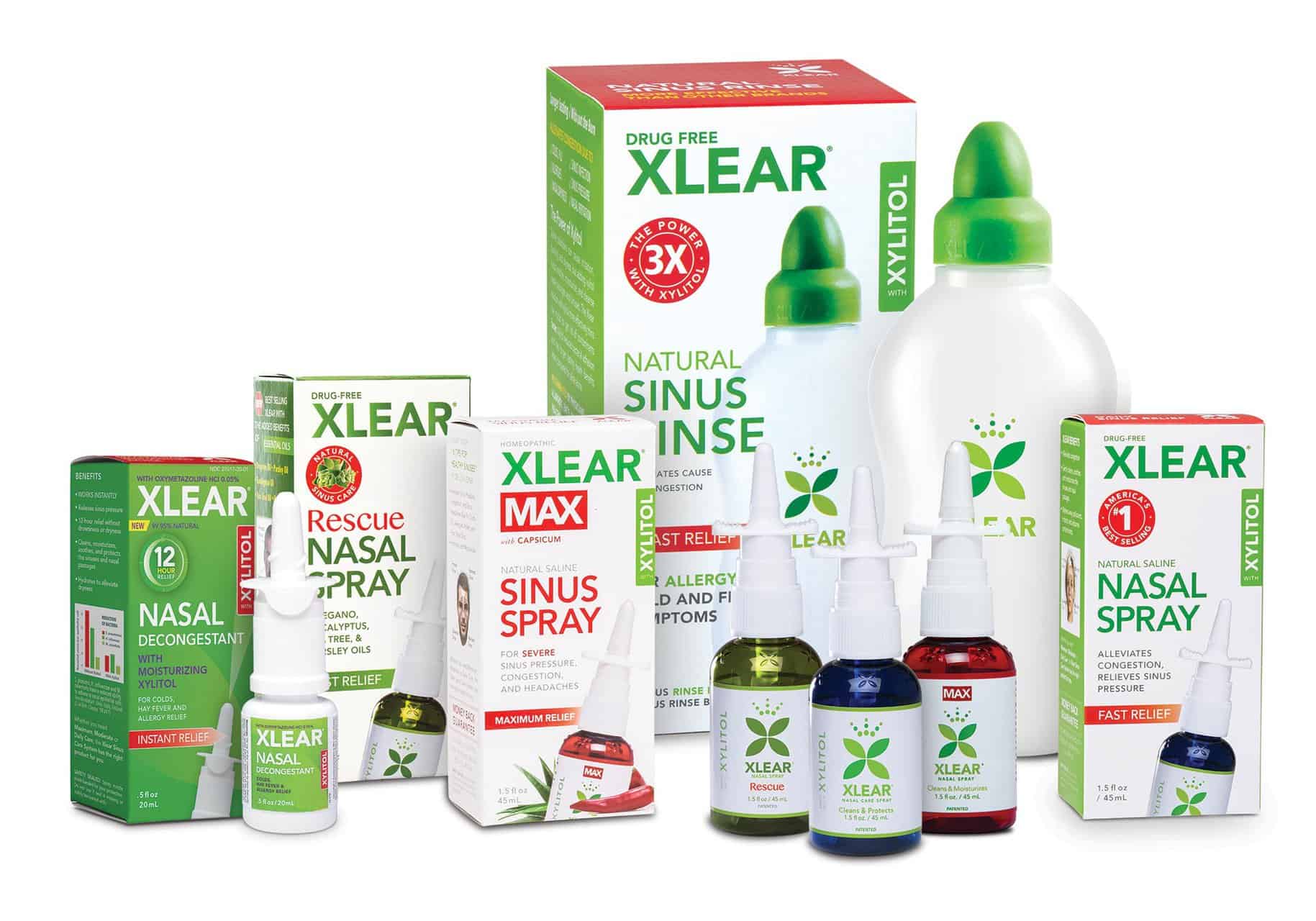 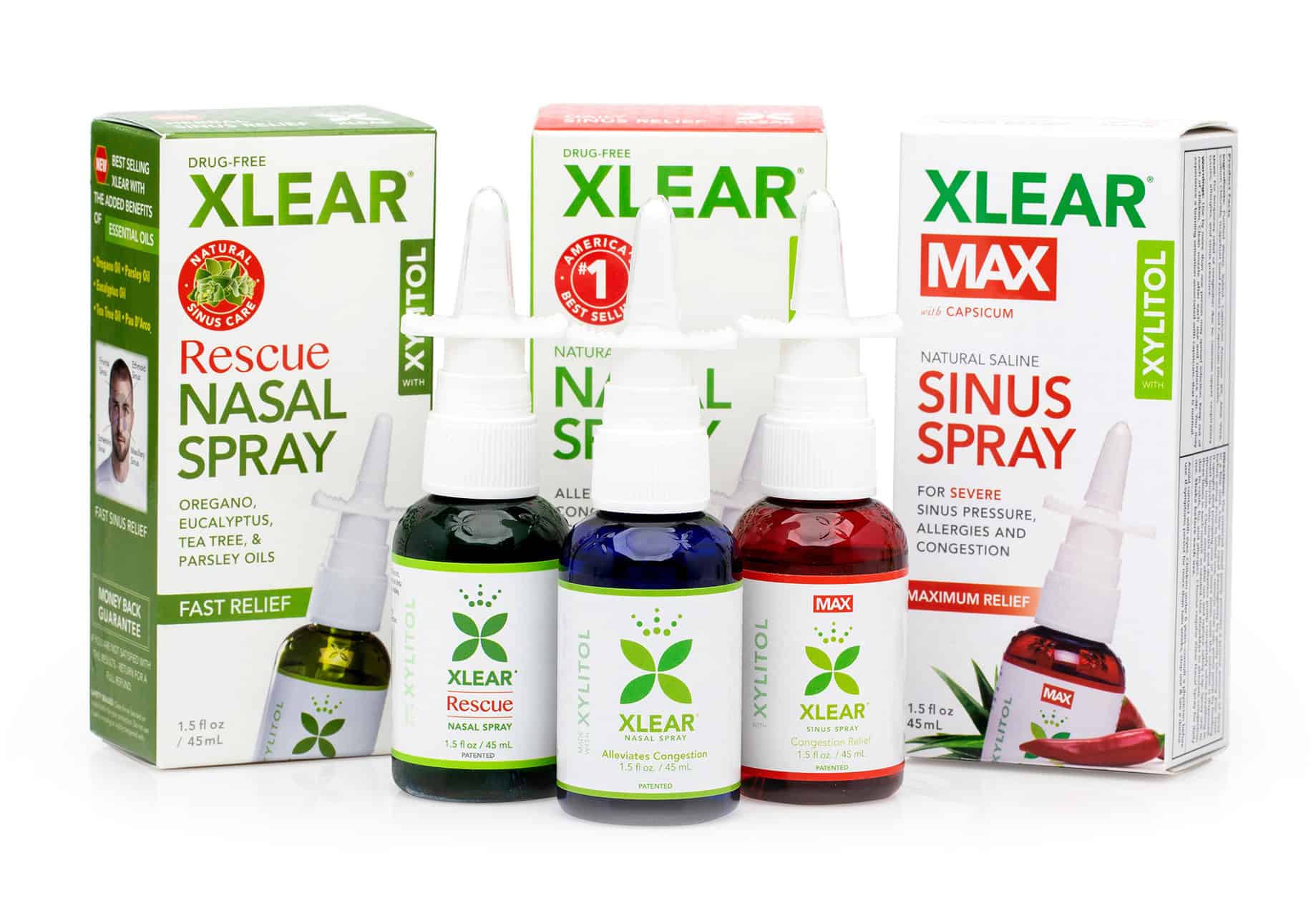 Battling allergies, colds, and the flu requires cleansing and moisturizing your sinuses. Xlear products use a xylitol solution which does both by working against bacteria and pulling moisture into the nasal cavity for a thorough cleanse. With Xlear, you will be able to enjoy the small moments, no matter what season it is.

Solutions made from simple, natural ingredients

Xlear aims to make products that are simple and effective, and work with your body’s natural defenses to ensure optimal health. With Xlear you don’t have to worry about what you’re putting in your body so you can focus on what matters most. 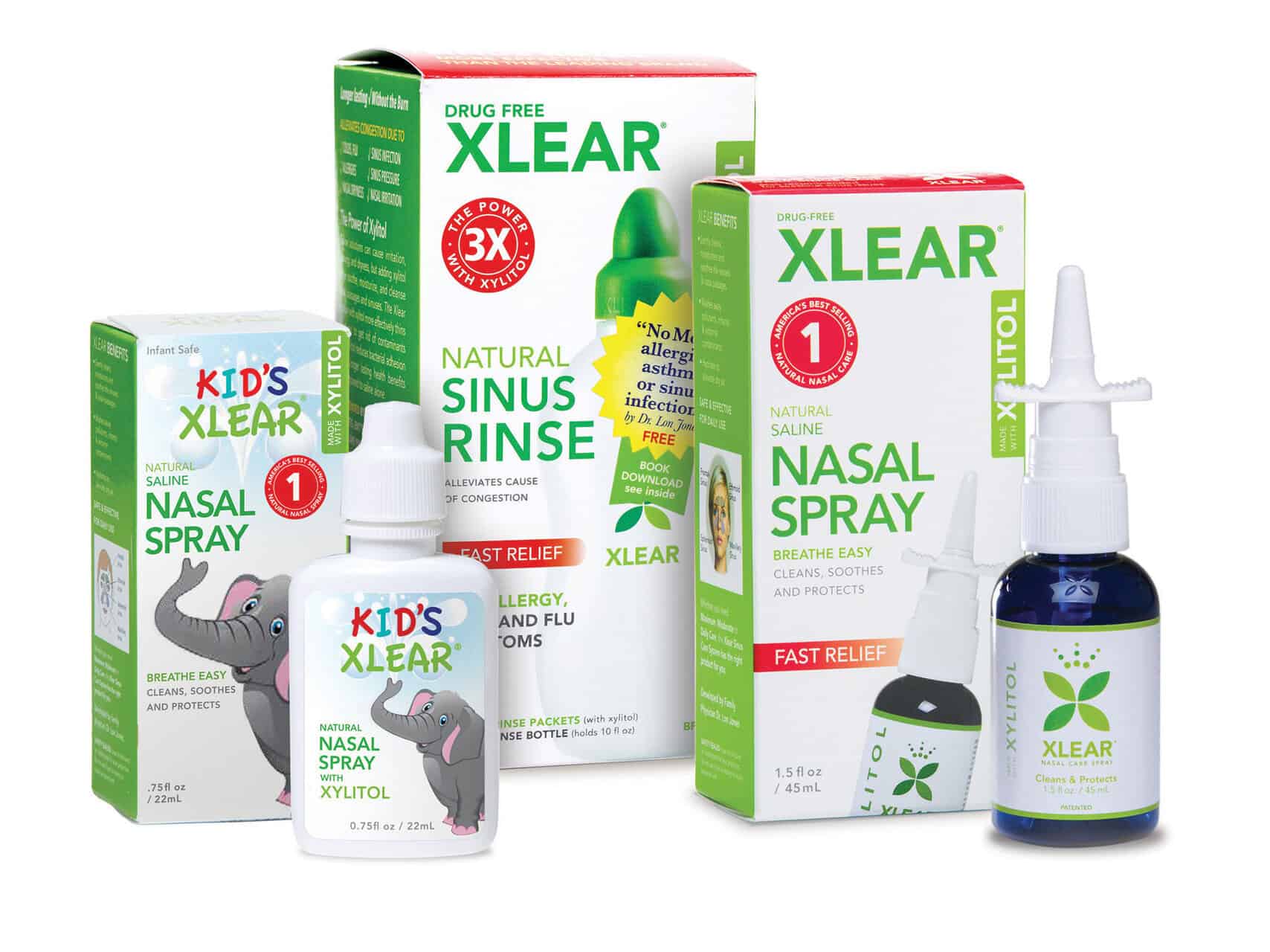 Kid-friendly relief from congestion caused by allergies, cold, and the flu

Xlear offers saline nasal sprays for kids which use the natural ingredient xylitol for effective and natural moisturization of the upper airway. The saline solution is non-addictive and non-irritative, so your child can go to school with a clear head.

Xlear Nasal Spray and hygiene products work in four ways to give you fast, effective and lasting relief.

Xlear opens the airway by reducing swelling in nasal and sinus tissues by osmotically pulling extra moisture out. In a study, researchers found that a xylitol saline nasal spray increased peak airflow 35% more than saline alone. (see graph B)

Xlear is a natural saline solution with the added benefits of xylitol. Xylitol is a natural ingredient that enhances the saline to boost your body’s natural defenses. Xylitol does this in three ways:

Xlear Nasal Spray with xylitol has been on the market now for over two decades, and researchers have just published some exciting research with regards to Xlear and SARS-CoV-2.

For over 25 years, we have known that xylitol blocks bacterial adhesion of Strep, Staph, H. Flu, and other bacteria that cause most upper respiratory issues. We have also known for years that Xlear helps reduce swelling by osmotically pulling fluid out of swollen tissues. Now, a recent study done at the University of Tennessee researchers found that iota-carrageenan had anti-viral properties against SARS-CoV-2 by inhibiting viral adhesion. More interesting though was that xylitol also displayed a higher anti-adhesive effect against the virus (see graph C). Studies done at other Universities show that Xlear nasal spray is also a virucidal to SARS-CoV-2.

Visit xlear.com/science to learn more about the science behind Xlear products and the latest Research Studies on the effectiveness of Nasal sprays and Xylitol on SARS-CoV-2. Available at these and all fine retailers